Check out my Slide Show!

Posted by Trina Slade-Burks at Sunday, October 07, 2007 No comments:

You have been thru so much already
Now this!
What is going on? !!!!
It's like there is no one out there
listening to your cries of pain,
Cries for mercy!
But I hear you loud and clear.
I know it isn't fair.
In life what is?
We take 2 steps forward
to have to fall 3 steps back
But we will get through this!
We always do.
And like before,
we will get thru it,
Together
First we will pray,
Together,
then we will breathe,
Together.
Posted by Trina Slade-Burks at Saturday, September 29, 2007 No comments: 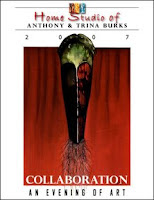 Not on my Time

You must think that I have time to waste.

I don't think so.

Didn't I tell you years ago

how this was going to work.

I guess your ears and brain

must have been on vacation.

I have changed a lot.

It doesn't appear you have.

I guess time stood still for you.

But as you can see for me

it has moved on.

You still do what you want to do

when you want to do it.

And that is fine.

But you are not on my time.

My world, my friend is on a different schedule.

Not CP time not Y-O-U time

In My Toy Box

In My Toy Box

Oh no, not you again

Why do you find a need

We had something good

And you really blew it.

So caught up in

Well, now I too

created my own world

you're not in it.

Don't have time to

Cuz I have plenty

of my own toys

I was just thinking about all the new people I reaquainted myself with on google & since I joined myspace. I have met up with former teachers, old college friends, former boyfriends, old high school friends, former bosses, former & present associates old friends even a few old enemies that I have severed ties with in the past.

It is a strange thing this internet.

I have rekindled ties with a dude from my neighborhood who I thought I would never even speak to again. ( let's just say that being a silly naive, shy 12 year old girl and a chatty 13 year old boy going thru puberty had much to do with it.) It's a shame because I learned so much more about him in these three days. I really wished we had of stayed friend when we were younger because we actually had a lot in common.

One teacher I met on myspace. I couldn't stand her. I think it was because she was a young teacher at the time & I was done with young teachers trying to be cool. She is one of the most sweetest ladies I have ever know. I happened to have learned a lot about public speaking thanks to her.

Or the college dorm buddy who I assumed was a snob. Who turned out to have a great respect and affection for me back then. He races bikes too. Something that I always wanted to do but don't have the nerve.

Or the quiet high school friend who was always into books. And now is a national salsa champion & director of a studio/school.

So people, you never know about the people who enter into your life. They can be so meaningful and offer you so much. Stopping taking them for granted. They can be some of the most influential people that come into your life.
Posted by Trina Slade-Burks at Saturday, August 18, 2007 No comments:

We hosted our first Collaboration show at our home. It was a great success. If you are interested in learning about the artists Anthony Burks, Lea Jefferson or Barbara Cheives contact me.
Posted by Trina Slade-Burks at Monday, August 06, 2007 No comments:

Posted by Trina Slade-Burks at Monday, August 06, 2007 No comments:

It has been a while

2007 is a busy year for us. We are in a new home. I have one son starting middle school & one starting HS. We are hosting cultural event at our home.

All is pretty good.
Posted by Trina Slade-Burks at Monday, August 06, 2007 No comments: 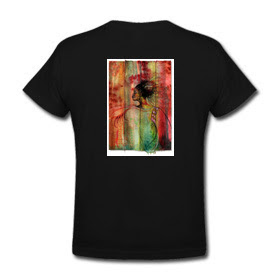 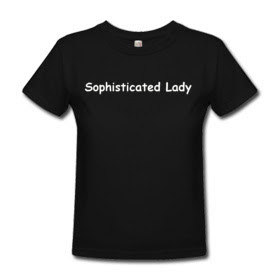