What is my Priority? NOW AVAILABLE!!!! 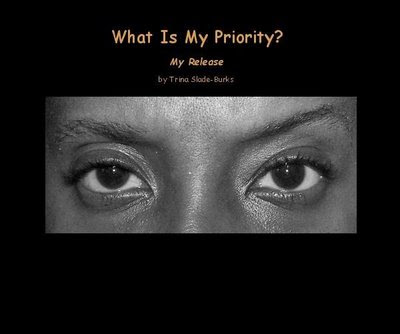 ( Click the title for the link)
Posted by Trina Slade-Burks at Thursday, June 25, 2009 No comments:

Shades of Grey up for Auction 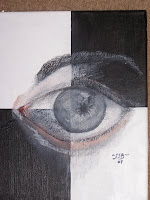 Artist TSB has her mixed media piece up for auction. Please note that this is one of the last images she created under the name. (TSB)

(please click the title)
Posted by Trina Slade-Burks at Saturday, June 20, 2009 No comments:

The Zro Hour @ the BHHF

If you are in the Brooklyn, NY area check out Edaye & Alexie F @ The Brooklyn Hip Hop Festival. They will have a booth there from 12-6pm
Check them out @ Empire Fulton Ferry State Park, 1 Main Street, in DUMBO Brooklyn from 12 p.m.-6p.m.
Posted by Trina Slade-Burks at Saturday, June 20, 2009 No comments: 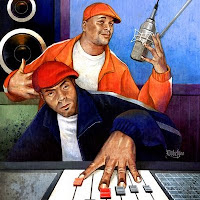 Check out artist Dubelyoo's rendering of the Zro Hour hosts for their soon to be released CD.
(click the Title)
Posted by Trina Slade-Burks at Monday, June 08, 2009 1 comment: 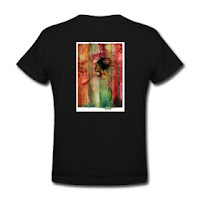 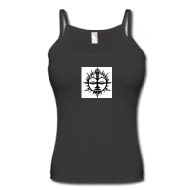 A.T.B Fine Artists & Designers has four new items in their store. After a huge demand for black tee shirts, A.T.B brought 3 more black items on board.

The Official Sophisticated Lady Tees are till available and is still these most popular item next to the white Sunburst men's & women's Hoodies.

Rooted Ground Soon to be Uprooted

The ever popular series, Rooted Ground, created by Florida artist Anthony Burks Sr. has been on high demand for the last 3 years. The boldly colored field withe the trees exposing the deeply extended roots, was titled by Anthony's son, Anthony Jr. These images were initially created as one of a kind images with the intention of never to be reproduced as prints. Every drawing,created in its unique color scheme is solely one of its kind. Anthony decided in May 2009 he will discontinue producing them in their plain form with the exception of commissioned pieces.

"It's time to move on to something new" Burks says. The series has ran its course. "After the end of the year I will only do it by request".
Posted by Trina Slade-Burks at Friday, June 05, 2009 No comments: